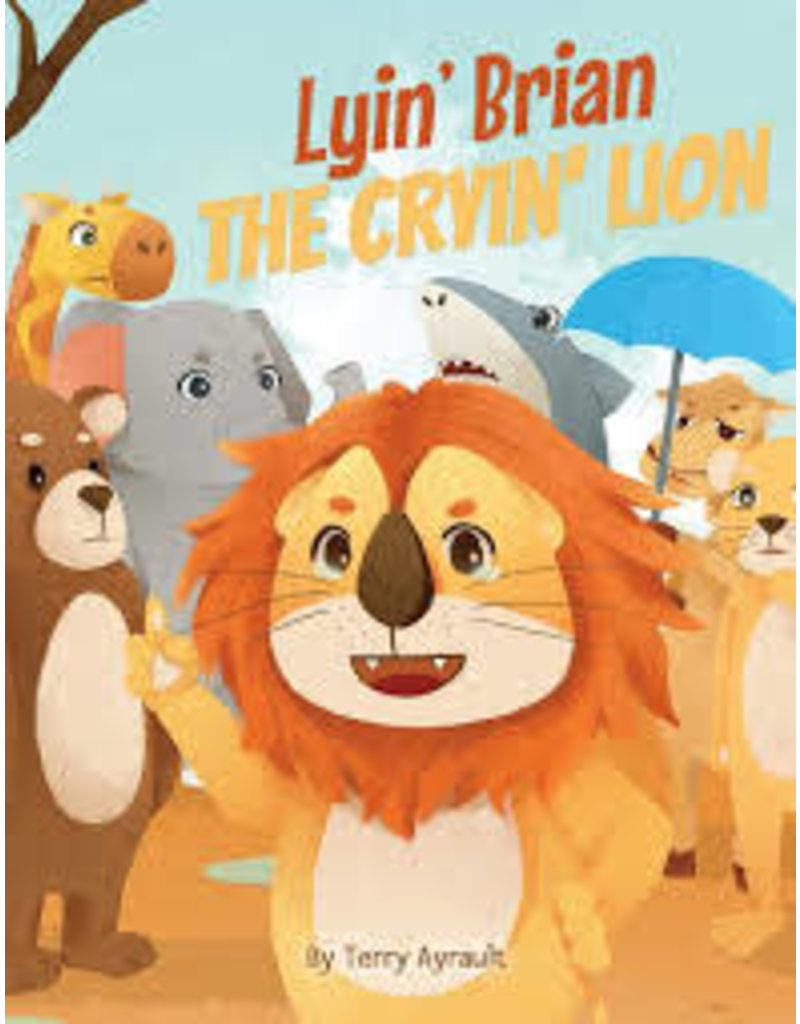 Friend and Small Favors customer Terry Ayrault has written this absolutely charming children's book and we couldn't be more proud to offer it in our store and online.

(Mom's Choice Award Winner) Brian the Lion lies about everything. He spins yarns and tales that have all of his animal friends believing he's amazing. From training fleas to being recognized with a giant statue in Las Vegas, Brian says he's been everywhere and that he's tried his hand at some amazing feats of human achievement. But, something doesn't seem right to his friend, Paul. When his bear friend calls him out on all his lies, Brian begins to cry. Perhaps he cries because he feels guilty about lying. Perhaps he cries because he realizes that his life is just a sham. Either way, he fills the jungle with his tears. In fact, he cries so much, the entire area is now under water. Just when things can't get any wetter, Paul sees that Brian actually does have a lot of talent...when it comes to crying. This realization stops all the crying. But, then Brian goes back to lying.